Home Warsaw 10 things to do and see in Warsaw 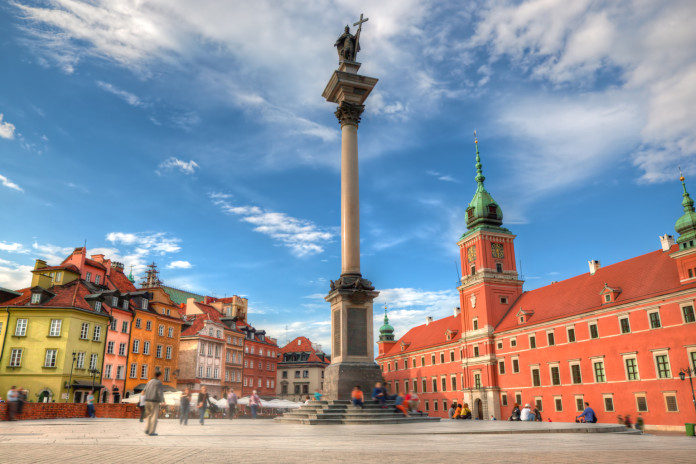 The first thing that you’ll see once in Warsaw is the Palace of Culture and Science build during the Socialist period. It’s not representative of the beauty of the Polish city, luckily, and it’s no coincidence that the capital’s residents call it “The Monster.” Before Second World War  this city was called “Paris of the North” but then the war destroyed it. The old town center, fully reconstructed, is a little jewel of colorful façades, streets, hidden squares. There are two main squares downtown: the Market Square, with the Little Mermaid symbol of the city and Castle Square. Just outside the city center, along the ancient “Royal Road”, you can  reach two parks-palace Wilanow and Lazienki, legacy of kings, nobles and wealthy merchants. But these are just some few steps of Warsaw: discover with us the 10 things to do and see during a visit to Warsaw.

If you are looking for a hotel in Warsaw, we suggest you to choose among those offered by Booking.com. There are about 550 hotels with prices, pictures and comments of guests already stayed there. Go to Booking.com

The Old Town in Warsaw

Completely destroyed during the bombings of World War II, Warsaw’s Old Town (Stare Miasto) was entirely and perfectly rebuilt. The work was done so well that, basically, “copies” are not different from the original and so UNESCO has given to this area  a World Heritage protection. 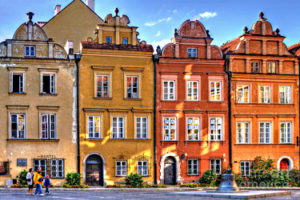 This  tangled maze of narrow streets, squares, noble buildings with colorful façades, will surprise you during the  (few) days of sun and will show you its romantic side during the night. The main points of interest of the Old Town are the Market Square (see point 2),the  Castle Square (See point 4), the Barbican, the churches of St. John and St. Martin.

The Market Square (Rynek Starego Miasta) has been for centuries the center of Warsaw: market, trade shows, public ceremonies, the city life took place in this great square. 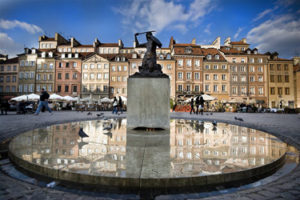 Today is just a meeting point for tourists, attracted by the tables of cafés and restaurants, the gift shops in the alleys. On the four sides of the square there are the colorful houses, entirely rebuilt after the bombings of World War II, and designed by the Italian painter Bellotti. Following the  best tradition of the East countries, the houses have strange names: the Basilisk, the Lion, Golden. At the center of the square there’s the statue of the Little Mermaid, considered the sister of the most famous one in Copenhagen. According to legend, this mermaid lived in the Vistula (river Warsaw) and  annoyed the fishermen. Captured, but later released, by that time she watches over the Polish capital.

Castle Square was  a meeting point between the Old Town and the New one. The first castle was built by the Dukes of Mazovia, and over the centuries it was enlarged, plundered, burned, until the total  destruction made by the Nazis. 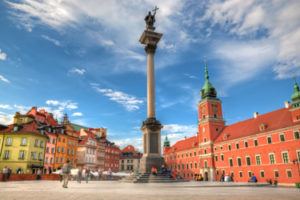 The ruins were left in the square until 1971 when the reconstruction began and ended in 1984. Don’t miss  the collection of paintings with two works by Rembrandt. At the center of the square there’s the column of Sigismund, erected in 1644 in honour of the king who moved the capital from Krakow to Warsaw. From the Square starts the Royal Route that, with a route of 4 km, brought to the old palace of Wilanow (see point 4). The Royal Route is actually made up of three pieces of the road with different names in which there are  Baroque and Renaissance palaces, churches, several monuments, cafés, luxury restaurants and souvenir shops.

At the end of the “Royal Route”, just outside the old town, there is the Wilanow Palace  or Villa Nova, beautiful palace called the “Polish Versailles”. Along with the park it’s one of the most beautiful architectural complexes of Poland, also because it wasn’t destroyed by Nazis

It was built for the Polish king Jan III Sobieski at the end of 1600 and over the centuries there have been many owners such as kings, nobles and wealthy magnates. The sumptuousness is still evident, with frescoes, antique furniture and a nice gallery of pictures (with a Pietà by Cima da Conegliano). Magnificent the outdoor park with ponds, Italian and English gardens, fountains, statues. Surely the perfect stop during your visit to the several monuments.

The Jewish Ghetto of Warsaw

Before the Nazi occupation, 400,000 Jews lived in Warsaw and they represented the second largest community in the world after New York. Since 1940, the area where the Jews were concentrated was divided into “small” and “big ghetto”. 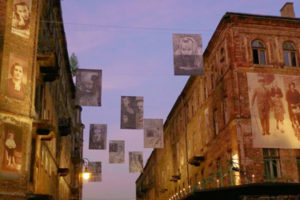 Among deaths from starvation, disease, deportations, an indefinite number of Jews died. Inside the Jewish area, almost everything was destroyed. Along the border, where there was the wall built by german people, there are writings in cast iron on the sidewalk. To commemorate the Warsaw of Jews, and to remember what it was, it has been created a Remembrance Street marked by 16 granite blocks and the Monument to the Heroes of the Ghetto representing men, women and children struggling in the flames and a row of Jews going to the concentration camp. In the old ghetto there are just few palaces in Via Prozna: left in ruins, as they were reduced by the  Germans, and on the façades there are  big pictures of Jews living in the ghetto, and killed by the Nazis.

Łazienki Park is with Wilanow the best building with park in Warsaw. Also this place is located along the “Royal Route” and it have been for centuries the summer residence.

Łazienki today is a museum, a place for events of all kinds and a  place for walks. Wandering through the park you can meet the Palace on the Water, Myślewicki, the White House, the Orangery, temples, statues. A point of the park loved by  Warsaw is the Monument to Fryderyk Chopin, born in the Polish capital, widely considered the prince of romantic music. Under this monument every Saturday and Sunday, there are also concerts of famous pianists. If you visit Warsaw in the spring or summer, don’t miss Łazienki: you will not regret.

Where: Ujazdów
How to get there: by feet
Hours: Every day from sunrise to sunset. The timetables of the buildings may vary with the seasons.
Ticket: Free Entrance to the park. Palace on the Water: 20 zl (5 €). Other palaces 6-10 zl.

The Palace of Culture and Science in Warsaw

Drawn by Stalin himself, this huge building called “The Monster” by the citizens, is a “gift of the Soviet Union to the Polish people.” 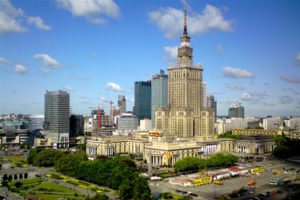 Actually we think that the Polish people could do without it, but now that the communist regime is far away, it can be appreciated for what it is: a 42 floors  tower (the highest in Poland), with 3,000 rooms, offices, museums, swimming pool, cinema. The attraction for tourists is a terrace (trzydziestka) at the 30th floor where they can enjoy a unique view over the rooftops of Warsaw and beyond.

Where: plac Defilad 1
How to get there: by feet or by tram
Hours: Every day. Never: 1st January, Easter Sunday, December 25
Ticket: 5 € to reach the terrace

Many people think that  Prague (the Czech capital) has influenced the name of this district, but it’s not true. The word has its origin from the Polish word prażyć, which means burning or roasting. 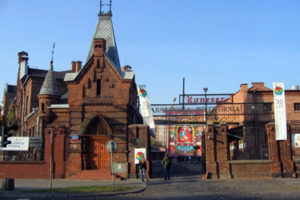 To build Praga, in fact, it was burned an entire forest. It was a really dangerous place until a few years ago, but today Praga district is the trendy district of Warsaw (but be careful). It wasn’t destroyed by the bombings of World War II but became a bad place for many decades. It regained importance when Roman Polanski chose to shoot the film “The Pianist” in 2002. The Jewish Ghetto, where the story takes place, no longer existed and the rest of Warsaw was too new. So he chose the Praga district . Today it’s the  favorite destination for artists, designers, architects and photographers.

Things to eat in Warsaw

The best way to enjoy the cuisine of Warsaw is to eat in a Jadłodajnia, a kind of restaurant that offers traditional cuisine with very low prices or Mlecny Bar, famous during  the old communist regime where the food is self-service and cheap. They are scattered all over the town. 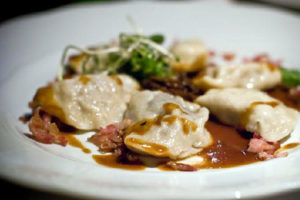 We have to say that Poland is not  famous for its gastronomy but Warsaw, fortunately, is an exception: surely there are no many dishes, and after a few days you might not want to eat meat and potatoes for some months. However, you should taste  Piroghi (ravioli stuffed with cheese, meat or other) barszcz (beetroot soup and ravioli) the chlodnik (a cold soup of sour milk) and bigos, meat stew. All this, of course, accompanied by the excellent Polish beer.

Where to sleep in Warsaw

Warsaw has many hotels, hostels and apartments with accessible prices.

With the success of the city with tourists the prices are growing a little bit, but they are still affordable. 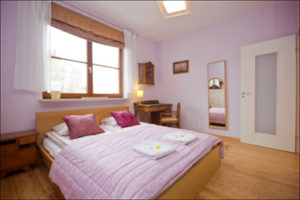 For a double in the down town center in a 3-star hotel prices vary from 40 to 80 Euros per night. Hotels are numerous, over 500, but many are in the suburbs. If you have limited time we recommend a hotel in the Old City which will cost a little bit more, but you will save your time.

If you are looking for a hotel in Warsaw, we suggest you to choose among those offered by Booking.com. There are about 550 hotels with prices, pictures and comments of guests already stayed there. Go to Booking.com

This website uses cookies to improve your experience while you navigate through the website. Out of these, the cookies that are categorized as necessary are stored on your browser as they are essential for the working of basic functionalities of the website. We also use third-party cookies that help us analyze and understand how you use this website. These cookies will be stored in your browser only with your consent. You also have the option to opt-out of these cookies. But opting out of some of these cookies may affect your browsing experience.
Necessary Sempre abilitato

Any cookies that may not be particularly necessary for the website to function and is used specifically to collect user personal data via analytics, ads, other embedded contents are termed as non-necessary cookies. It is mandatory to procure user consent prior to running these cookies on your website.