Home Marseilles 10 things to do and see in Marseilles 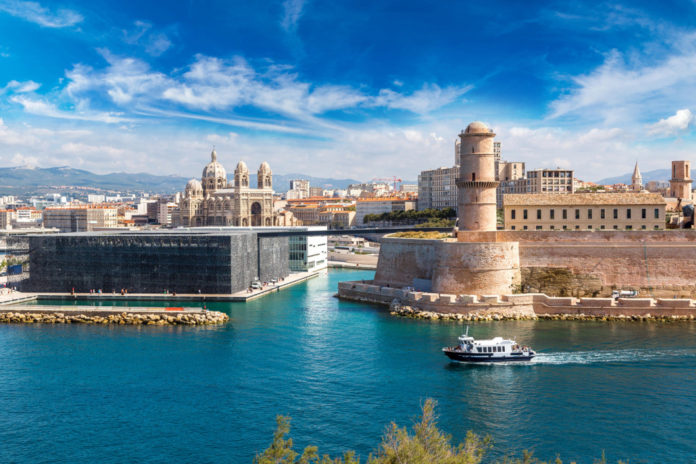 There’s an old say: ”Marseilles has three problems: France, Provence and the Mistral”. So we think is funny that the French hymn is the Marseillaise, also because Marseilles since 19th century has been jealous of its independence.

Today is a city of France (after Paris is the largest city) but it continues to be autonomous, with its own deep-rooted personality. The traffic is chaotic, the fishmongers yell, thieves are very active, the city never sleeps and it is noisy but full of life, colourful, cheerful, good food and there thereare many things to see. That’s why it is called the Naples of France. The city made a renovation project, especially in the harbour area and neighbourhoods that were abandoned for decades.

In this page we suggest you 10 things to do and see during a holiday or a weekend in Marseilles.

If you are looking for a hotel in Marseilles, we suggest you to choose among those offered by Booking.com. There are about  300 hotels with prices, pictures and comments of guests already stayed there. Go to Booking.com

The Cathedral of Notre-Dame de la Garde in Marseilles

The city tour should start from the square of Notre Dame de La Garde overlooking Marseille and from which there is a splendid view of the city and the Mediterranean sea.

Built in Romanesque-Byzantine style that has attracted so much criticism, the basilica has a statue of the Virgin Mary that people call Bonne-Mère. Actually the churches are two: the lower church that looks like a crypt, with a polychrome crucifix and a marble mater dolorosa. Then there is the upper church, the sanctuary dedicated to the Virgin with the extraordinary mosaics with a gold background, coloured marbles and the numerous votive offerings on the walls, as sign of miracles made by Virgin.

The Old Port of Marseilles

The Old Port is a must see of Marseille, the spirit of the city. Fish markets, boats returning to the harbour, restaurants, cafés, everything create an authentic landscape.

Since 2600 years,  the founding of Massalia by the Greeks, Marseille’s life took place mainly here. Starting from 1600 the entrance to the harbour was controlled by the massive presence of two strongholds: the one of St-Jean and the one of  Saint-Nicolas.

The fort of St-Jean was built after the raid by the Aragonese people (1423) to defend the entrance to the harbor. In 1660 it was built on the opposite side of the fort of Saint-Nicolas with the aim to control the population. The two forts were linked by a spectacular bridge which was destroyed during the Second World War. As happened to other parts of Marseille, even the Old Port has been redesigned. The work ended in 2013, making it cleaner and less chaotic. There is also “The shed”, a work by architect Norman Foster, an artificial sky of 46 x 22 meters made with stainless steel mirror .

The old town and Le Panier District in Marseilles

Behind the Marseilles city hall you enter into the heart of the historic center of Marseille “Le Panier District”.

The name is uncertain, but it seems to derive from an ancient inn dating back to 17 century which was called “Le Logis du Panier”. We can define Le Panier a fascinating mix between Naples, Barcelona, Vietnam and other world cultures.

You will see some clothes hanged out to dry, old people sat out the houses, Bouillebasse and ratatouille smell, people screaming and women returning from shopping. After experiencing decades of neglect and being one of the most dangerous places in Europe, since 1983 the city of Marseilles  and the European Commission started the renovation of the neighbourhood. In the district is worth a visit to the Church of “Accoules” where there is a rock of Golgotha “as atonement of all the crimes committed during the Revolution”.

The Church of the VieilleCharité in Marseilles

In the heart of Le Panier there is the VieilleCharité, a former hospice beautifully restored and renovated. Around the beautiful chapel there are rooms which welcomed the poor and the dispossessed.

The restoration of the church was the first step for the recovery of the entire district of Le Panier, which had become almost a ghetto.

The complex was founded in 1640 when the City Council decided to create a space for poor people of Marseille. The construction began in 1670 and ended in 1749 by Pierre Puget, architect of the king who  created one of the most beautiful architectural complexes in Europe. The complex of the VieilleCharité consists of four buildings of 3 floors that overlook a courtyard with a central chapel built between 1679 and 1707. A perfect example of Italian Baroque, it has a façade rebuilt in 1863 that echoes the theme of Charity, hence the name: important architectural work of an ovoid shape, a perfect example of pure Italian baroque. The present façade dates back to 1863. After decades of neglect, since 1986 it is a multidisciplinary center and houses the Museum of African Arts, Oceanic and Amerindian (MAAOA), the International Center of Poetry of  Marseilles (CIPM), the Cinémathèque Le Miroir, the Museum of Archaeology Mediterranean and some rooms for exhibitions.

In front of the Old Port there is la Rive Neuve de Marseille. For many centuries this place was made by unhealthy marshes and was uninhabited until 1400 when  it was decided to build old arsenals then enlarged  by Louis XIV in 1660.

In this part of Marseille lived up to 10,000 convicts (the galleys catched during the war), often in terrible conditions. Many of them survived working in soap factories orwithsmall businesses in the port. Today Rive Neuveis a very lively place, where among squares, trees and neoclassical buildings, people meet at the tables of many bars and restaurants.

The green and white marble of this impressive cathedral will attract your eyes since you arrive in Marseilles. The Cathédral de la Major is actually composed by two churches:

The Old Major, built in the mid XII century, was cut in two sides with the construction in 1850 of the New Major, the currently visited side of the church. With the works was found a splendid early Christian baptistery, square on the outside and octagonal inside, but it was buried again even if it is considered as one of the finest and largest in Europe. The Old Major is located right next to the new one but, unfortunately, is closed and not open to visitors. Romanesque-Byzantine style, the New Major has a Latin cross shape with a dome of about 70 m high and 18 m in diameter.

Looking at the sea, from the left of the Old Port, it starts La Corniche, a splendid walk that can be done by feet or by tram along a scenic road of 5 km.

The Corniche was started in 1848 without any tourism purposes but only to provide jobs for about 8,000 unemployed workers. The work, which lasted 15 years, have created one of the most beautiful and famous streets in the world. The Corniche goes from the Old Port of Marseilles until ParcBalnéaire du Prado. Since the ’20s, the tram line has made it the walk par excellence of Marseilles and a location with magnificent villas. Between glimpses of the sea and some awful concrete stuffs ,we suggest you  a stop in the picturesque Vallon des Auffes, small fishing port where you can eat an excellent “bouillabaisse” (fish soup) and other local specialties. Going towards Cassis, however, you enter the Natural Park of the Calanques, stunning cliffs overlooking the sea.

The Château d'If and the Frioul Islands

Looking towards the sea, from every point of Marseilles, you can see the white silhouettes of the Frioul Islands, whose irregular shape was carved over centuries by the Mistral.

This small archipelago 20 minutes by ferry far from Marseilles consists of four islands: Pomègues,Ratonneau, If and Tiboulen. The If island is certainly the best known, because from 1516 his castle had the function of a prison for centuries. After welcoming the Protestants and defeated  the insurgents of 1848 and the communards of 1871, it stopped to be a prison and became a national monument in 1890. The other islands are almost uninhabited, so intact, with a barren nature, beaches and crystalline waters.

Where: A 20-minute far from Marseille by ferry boat
How to get there: by Ferry from Old Harbour. Company Frioul If Express.
When:Ferryboat
Every 20 minutes from 6:30 am to approximately midnight.
If Castle
From January to March and from October to December :every day except Monday 10:00 am to 5 pm
From April to October:  every day 10:00 am to 6 pm
Ticket: € 5.50 one way ticket .
The Château d’If separate ticket: 5,50 €

Things to eat in Marseilles

Marseilles is synonym of “bouillabaisse”, a fantastic fish soup made with scorpion fish, sea gurnard, conger eel, sauces and vegetables.

The bouillabaisse is prepared in all the seaside resorts of Provence but  in Marseilles you will taste the best. Always from the sea are the “Marseilles mussels”, seasoned with tomato.

The other main scent in the streets of Marseilles is the Alioli, the fried garlic and olive oil, base of each dish of Marseilles. Other typical dishes are the tapenade, an appetizer made with anchovies, olives, capers and garlic and Panisse, a cake made with chickpea flour. Marseilles is multi-ethnic city, which for decades welcome immigrants mainly from North Africa and the East. Their dishes have become part of the local cuisine, such as the kemia, small appetizers with the Pastis, anise-based liqueur that Provençal people drink any time.

Where to sleep in Marseilles

For many decades it was considered dangerous and chaotic, nowadays Marseilles offers to travellers a nice weekend destination, warm and sunny. About 300 hotels and acceptable prices allow you to choose a good accommodation without spending a fortune. For 3 star hotel the cost starts  from 70 euro per night but remember that usually, in France, breakfast is extra and can cost 10 euro per person. We suggest you to choose area close to the centre such as Old Harbour and la Rive Neuve.

If you are looking for a hotel in Marseilles, we suggest you to choose among those offered by Booking.com. There are about 300 hotels with prices, pictures and comments of guests already stayed there. Go to Booking.com